What Are the Benefits of a Captive Health Insurance Program?

We see captive health insurance plans as being ideal for firms with greater than 50 employees who may have considered self-funding their employee healthcare and found that, while it’s an interesting option with attractive qualities, it’s not quite the right fit at this time, usually due to the inherent risks involved.

So what is a captive insurance company?

Companies form a group captive insurance program by creating their own insurance company so that they can operate outside of the commercial insurance marketplace.

With aligned incentives and the ability to pool their knowledge and resources, captive insurance arrangements allow for benefits similar to those that come along with self-funding, while mitigating some of the risk and attaining better rates on reinsurance.

Group health insurance captives are not for everyone, but companies who run successful captives can see some real benefits. Below I’ll dive into both the upside and potential downsides of going in this direction.

Let’s start with the benefits before we discuss the limitations.

The Benefits of Captive Health Insurance

Operate Outside the Traditional Insurance Marketplace

The commercial insurance marketplace is fraught with misaligned incentives, inconsistent pricing, a lack of transparency, and the list goes on. Operating outside of this entrenched system is one of the most attractive insurance captive benefits.

If you’re going to spend hundreds of thousands or upwards of a million dollars per year on your health spend, you might like having more control over your claims fund, costs, and data.

Potential to Get Money Back Each Year

A captive insurance structure has lower fixed costs and distributes the money you invest in such a way that there is opportunity to earn some of your money back at the end of the year if there is money left over. This is money that wouldn’t be possible to get back in a more traditional self-funded health plan.

Less Risk than a Traditional Self Insured Business

If you have a year with abnormally high healthcare claims, being apart of a captive policy distributes that risk across the group therefore insulating you from higher than expected increases in subsequent years.

Be Part of a Supportive Network with Aligned Interests

Successful captive insurance management incentivizes the companies involved to always be working to improve processes and save money. When one company benefits, the whole group benefits.

Along with these compelling benefits, there are some limitations to be considered.

The Limitations of Healthcare Captives

Your Own Capital at Risk

This goes with any form of self-funding your health care. There are cases when a captive can have a bad year with high claims, and when this happens, you’re on the hook to contribute your portion along with everyone else.

When you move into a captive, the first year prices are likely to remain similar to your current plan. You can get money back that first year, but early on the main benefit is that you have more control over your plan. Most often, seeing true cost savings in a captive will take 3-5 years.

Willingness to Be Hands On

Because group captive insurance programs are run by their members, being apart of a captive requires a hands on approach that includes attending yearly meetings to make decisions with the group. If you’re going to opt into this type of program, you’ll need to be prepared to do your part.

If you’re actively searching for alternatives to the often frustrating commercial insurance market, you are not alone.

There are companies out there who are banding together to take control of their employee health care plans and expenses through joining and forming captive insurance companies. And some of them are seeing significant cost savings.

While these setups are a long term play, companies who opt to try this route do not have to lock themselves in for longer than a year. It is possible to dip your toes and switch back to the commercial market the following year if you find it’s not a right fit for you. 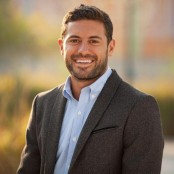 Author: Gus Altuzarra
Gus is the CEO of Aston Sharp Insurance Services. In 2012, Gus founded Aston Sharp to start offering a larger scope of insurance products to his clients. With extensive history in life, disability, and long-term care planning, Gus acts as a full service insurance advisor. Gus initially started working with group employers offering assistance with the new changes mandated by the ACA (Affordable Care Act). The in-flow of new technology in recent years has created an opportunity to revolutionize an outdated industry. Gus now works to consolidate Employee Benefits, HR, Payroll, Work Comp, and ACA compliance all under one roof – delivering an easy-to-use technology driven solution to his clients.

The next step is to request a quote and set up a quick call so we could learn more about your employee benefits challenges and goals and explain how we can help you accomplish them.

Get a Quote
Download the Aston Sharp Business Services brochure

I cannot say enough about Gus and Michelle. They are always there to help, answer questions. Our company is located outside of Chicago. And when we needed them to come in and do a presentation for renewal, they were here to make sure that it was informative to the employees and process was seamless. Just a great group of people to be working with!